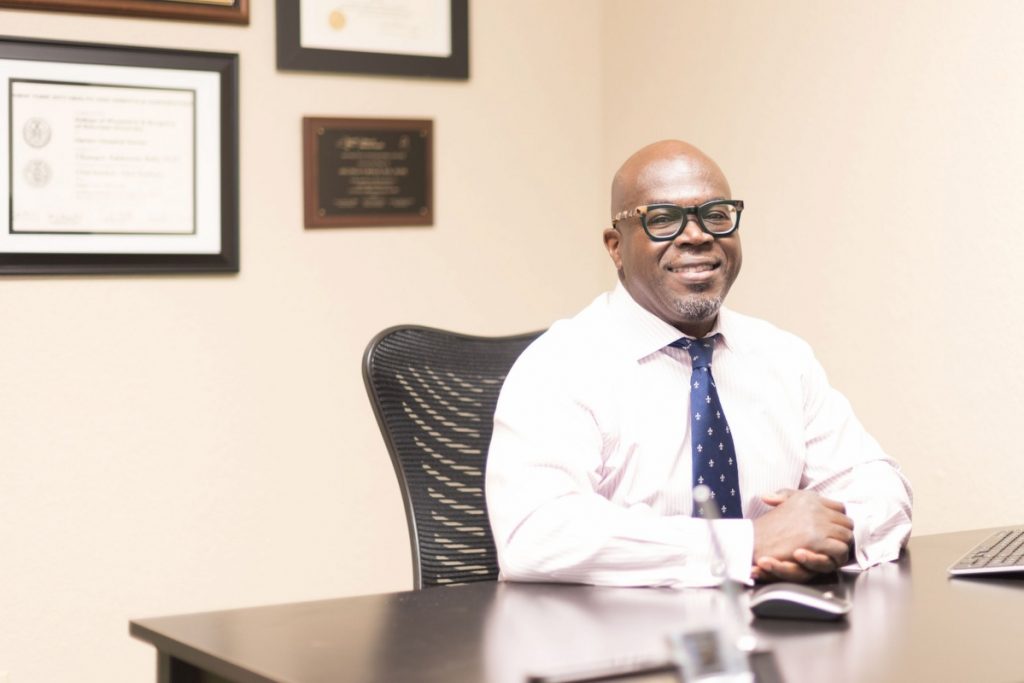 Born in Leeds, United Kingdom, Dr. Bello moved to Nigeria to begin primary education and on to high school at Ajase-Ipo Comprehensive in Kwara State, then advanced to Methodist Boys High School in Lagos.

He attended his medical degree MD at the College of Medicine at the University of Lagos with a focus in medicine and surgery and graduated with his Bachelors in Medicine and Surgery in 1992.

He then traveled to England to begin working in the mental health field, where he began his journey in Psychiatry then was subsequently accepted into an adult psychiatry residency program at the Harlem Hospital in 2001.

Dr. Bello immediately started working with the New York State Office of Mental Health, Manhattan Psychiatric Center from 2005-2015, while concurrently doing a fellowship program at Columbia University in Public Psychiatry from 2005-2006. He then achieved his Masters in Public Health with a concentration on Health Policy Management in 2008.

What to Expect in Your Treatment

Not every patient may benefit from the inpatient setting of care or the clinic setting. So, a visit with Dr. Bello involves an individualized treatment tailored to your needs.

You don’t need to lose hours of work to get good medical care and you and your family have other needs to tend to, so our services are available evenings and weekends after work. Or we also offer a remote Telepsychiatry Services option to meet!

Your care is confidential. We use HIPAA-certified electronic medical records and our office location is in a discrete setting.

Dr. Bello is trained in:

Our mission is to advocate fully for you, the patient and encourage your active engagement in your treatment plans(s) and decision making. Interaction with outside agencies is only with patient consent.